International Labour Organization (ILO) was established as an agency under the League of Nations (LN) after the First World War. After the Second World War, ILO reached an agreement to collaborate on terms with The United Nations (UN) in 1946, it became the first specialized agency after the establishment of UN. Consequently, ILO advocated resolutions on labour welfare and rights in the first Asian Regional Conference in India. Without a doubt, ILO wanted to extend its scope to Asian countries, especially to those were still in colonization; it initiated a series of Workers’ Education Programmes, and firstly introduced to the Philippines in the late 1950s. As a result, Labor Education Centre (LEC) was established at the University of The Philippines (UP), pilot programs were offered to the local working class and labour unions in 1958. In 1960, LEC evolved into Asian Labor Education Center (ALEC), and the programme was officially expanded into the Asian Labor Leadership Institute (ALLI), which covered a wider crowd of stakeholders in Asia, including Japan, South Korea, Ceylon, Malaya, Indonesia, Burma, “Free China” (it refers to “Taiwan”), India, Vietnam, Thailand, Pakistan, Cambodia, Laos. The exchange program provided three-month intensive courses that covered democracy and unionism, labour rights, international labour movement, etc.

The fear of the Left

For Hong Kong’s participation in ALLI, instead of having an open call, the colonial government selectively approached a limited number of local labour and trade unions and eventually chose representatives mainly from neutral and rightist unions in a vigilant manner. In the early 60s, Hong Kong was under an influence of the global leftist ideological movement, the timely ALLI touched the British Hong Kong government’s nerve, which struggled to maintain the colony in a neutral socio-political position. There was a call for a re-evaluation of labour welfare and affiliated policy from the public since the colonial government capitalised on rapid economic growth after the Second World War. The well-structured ALLI programme provided a platform for knowledge sharing, more importantly, advocated labour movement as a form of resistance. After the outbreak of the Cultural Revolution in Mainland China, the pro-China groups in Hong Kong initiated a series of labour strikes and riots, namely “Hong Kong 1967 Leftist Riots”, to support the Chinese Communist Party (CCP). As a result, Hong Kong stopped joining ALLI in 1967 and then resumed after the rioting subsided in 1968. Instead of having a consistent labour movement in response to employee grievance, the riots were shortly developed into a nationalistic public disturbance against colonial governance.

The social disturbance was diminished in 1968, due to the terror spread by the local communists to Hong Kong citizens that directly led to a massive drawback from local support. The colonial government implemented the Employment Ordinance in the same year, which provided better protection and welfare for local employees. Though unionists criticised the benefit was far from what they asked for, the diversification of industries and economic bloom in the following years brought wealth to all social classes.

By looking into the historical records, letters between ALLI and government officers, participation reports written by union leaders, press affiliated to the riots, programme curriculum, and promotional materials, Archive of the People examines a seemingly trivial exchange course between Hong Kong and the Philippines that unleashed what had been emotionally and ideologically accumulated in the society since the end of the war. The occurrence of the local labour movement and Hong Kong leftist riots, which are considered as a watershed of political development in the post-colonial era and later influences the transfer of sovereignty. The project embraces an acausal logic to constitute the history of leftist inclination in Asia and its counter-action from the establishment. 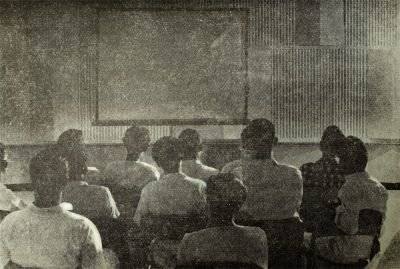 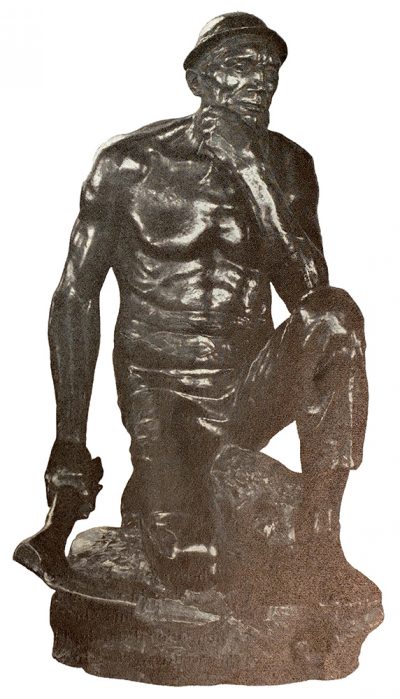 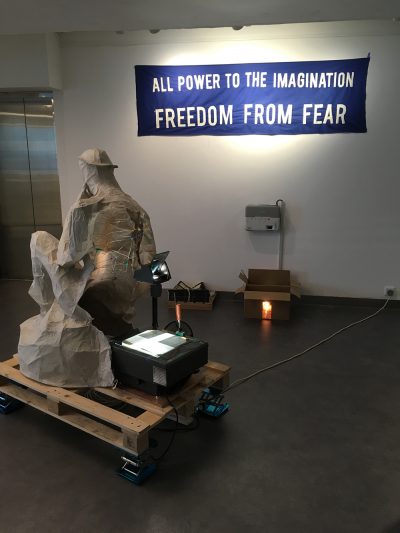 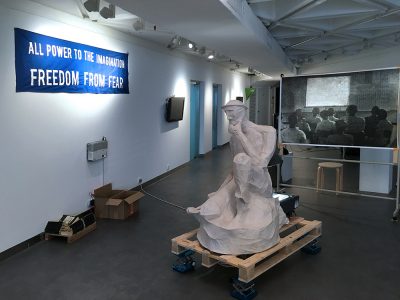 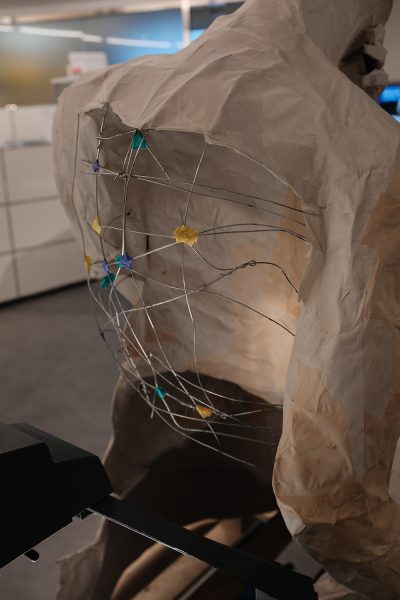 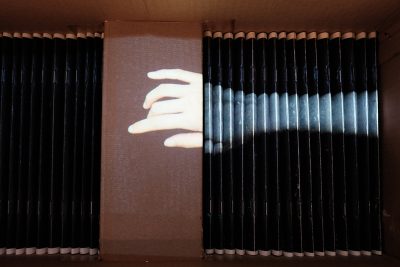