The Order of Things addresses the cycling system of Things under the establishment of the Hong Kong Government; through artistic practice and intervention, the collective centers the research on the empirical, evidential and social value of things in relation to the system that generates them.

The public auction is held by Government Logistics Department on a regular basis since 2003; it was firstly held in the late nineteenth century in Hong Kong. Confiscated items, unclaimed goods and unused equipment from various sources are open for bidding during the auction. The things, or “artifacts” become empty vessels that intrigue public interest, on their economic significance instead of any of their intrinsic, archival and archaeological value. We create things that in turn they create us; a chain of economic activities is generated by the government, the auction is one of the prominent dots of the circle. Apart from the social process resulting from symptomatic determinism, where do those things come from? Why are they so many? Things are being put together, or Foucault put it as Resemblance, which reveals the kinships as well as the grammar of being. While “grammar” alludes whenever vocabulary and phrase are placed in a certain order, it generates literal meaning and forms a system of language, hence, the analogy brings light to the multifaceted quality of the project, in other words, the phenomena of their existence.

The very first layer of Things comes with their physicality, how they were used and can be used now, what are their conditions, how they are being displayed for previewing, how they are being described on the auction list. The second layer connects its intrinsic value to monetary value and human activity — how much they can be resold for, how minimal description put the bidders in a situation that he/she has to associate with his/her past experience in the auction, who is engaged in circulating the things as secondary production. The third layer is abstract and ideological, which leads to language, system, and history, while things direct human activity, but also shape our cognition and knowledge ―the stability of goods supply reveals the circuit between auction and local market, how objects are generated by the system and in turn, they affect the system, how the auction is conducted in an unnatural manner.

In this respect, the auction-things system provides a wide range of context for us to explore, from the moment when items were first being acquired to identification, categorization, storage, the procedural decision on auction listing and lastly fall into bidders’ hands; it passes stories from time to time, as it suggests things’ functionality and materiality, consequently opens up potential in their historiographical quality. Something is being disposed and others remain on the list, the things are being sorted according to the source instead of any other classification methodologies. The government possesses an ultimate authority to maintain the existing ecosystem of circulating things, in other words, the ability to narrate clearly the alterity of objects with political regime, which is not necessarily the full picture of our common recognition of the system. How does power exert a mode of subjectification on individuals?

What constitutes the accumulation of things, as an archive that differentiates itself from merely documents and records; by reading, decoding, and recording the signs embedded in the things, various artists in the collective adopt their own practice to encounter problems with problems.

The Order of Things is the first project by the artist collective “Archive of the People”. 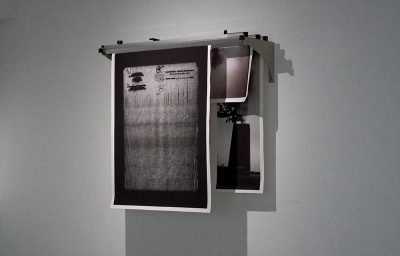 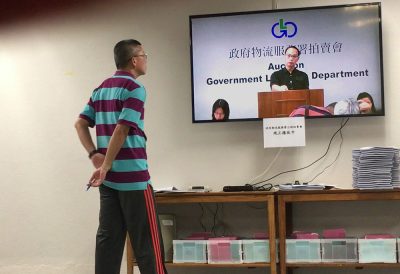