This is a video documentation of a performance in Toyama Park (戶山公園) in Shinjuku.

Hakone-yama near Shinjuku had been Toyama Military Medical School since the 1920s until the end of WWII, part of the facilities was allocated as a major research laboratory of Kwantung Army Epidemic Prevention and Water Purification Department (Tokyo Division) (関東軍防疫給水部の東京拠点), where was headquarter of Ishii Shiro’s infamous Unit 731 .

In the 90s, over 100 remains of the human body were discovered near Toyama site, more are occasionally exhumed by construction projects. Those people were the “teaching materials” of the Military Medical School, their bodies were disposed of in the dumping ground and mass grave after experiments.

A 2001 report by Health, Labour and Welfare Ministry (厚生労働省) indicates some of the bodies and remains are kept as specimens at local medical education institutes for teaching and research purposes. According to Sapporo Gakuin University anthropologist Hajime Sakura, at least 62 bodies were found as Mongoloid. It is believed that vivisection and brain surgery were conducted on those experiment subjects. The remaining bodies were processed by the government, unfortunately, their ethnic identities are still unknown or disclosed.

The site synchronically provokes my memory about my secondary school, where a mass grave was also discovered after the war (Part I: George and the Swimming Pool). I spent time in Toyama Park, observed the people with my own eyes, studied its layout and geography. My instinct told me to dig a hole, not with an intention to excavate anything, but to create a depression that can fit in my body, then covered with a piece of ‘sea’. Through hours of physical labour, I felt the buried consciousness of the living, the dead and the evil, as if the refugees in Nanshitou Camp, who dug their own grave.

Xiao Zheng (肖錚), the descendant of a worker that transported corpses at the camp, recalled that the pond contained a mixture of calcium oxide (Ca(OH)2, lime) and other unknown chemicals. It could quickly dissolve bones at the same time serve as an antibiosis agent and got rid of the unpleasant odour.

Later, the number of refugees exceeded the original estimation, the “Pond of Bone Corrosion” originally built in the refugee camp could no longer accommodate all the bodies, the unit ran out of chemical and war resources were very tight, so the army abandoned the “architecture”, and decided to transport the corpses to the “mass pit”.
Calcium oxide is an inexpensive and robust component for a chemical reaction. I speculate that the unit officers may add hydrochloric acid (HCI) in order to create a highly exothermic heat, then completely decompose human tissue and bones within a short period of time.

In such a chemical reaction, salt and water will be produced as by-products as a result.

The sea was sorrowfully created by human bodies.

The leaves and rainfall on that artificial sea over time, the weight of nature pressures it down and reveals the excavation again.

I observe, people seem not to care about it. 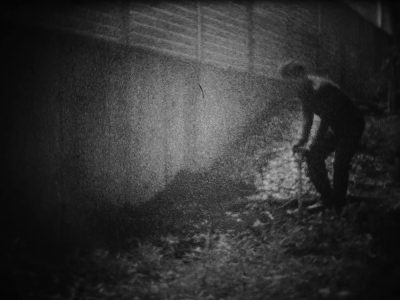 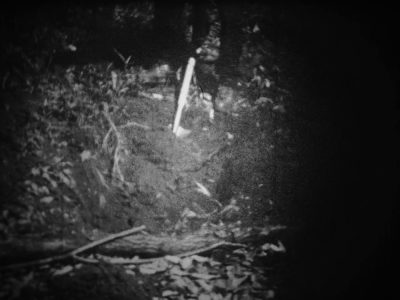 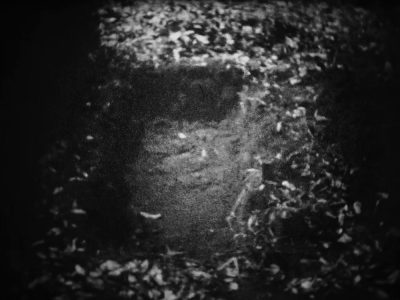 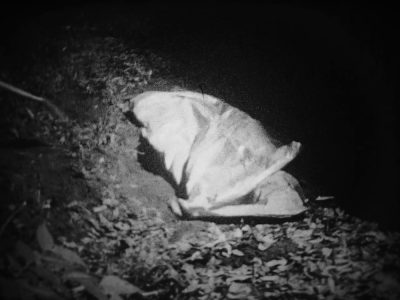 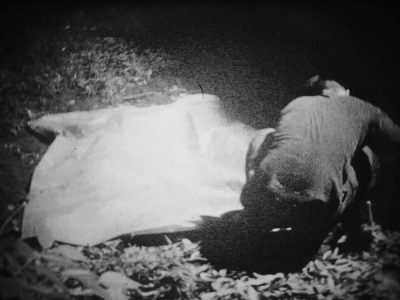 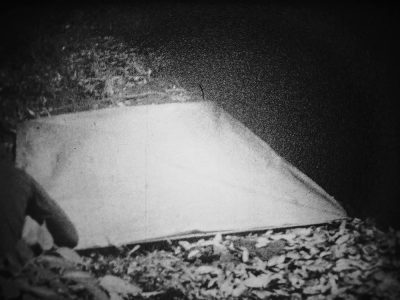 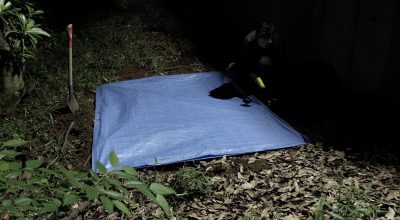 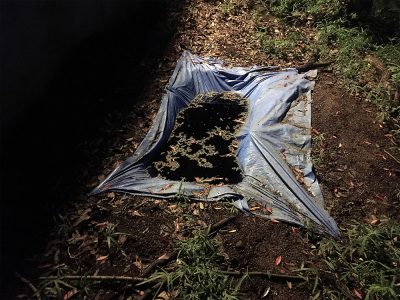 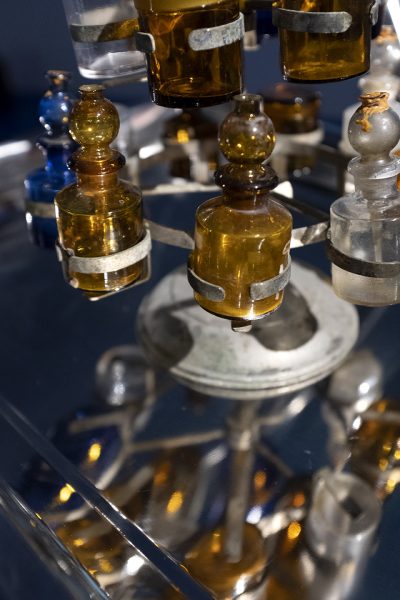 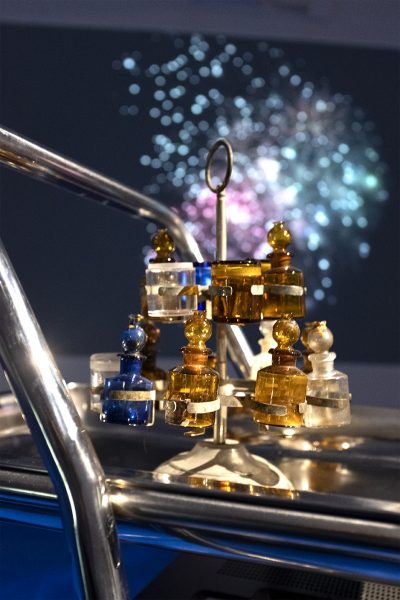 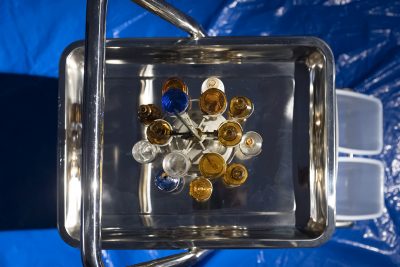 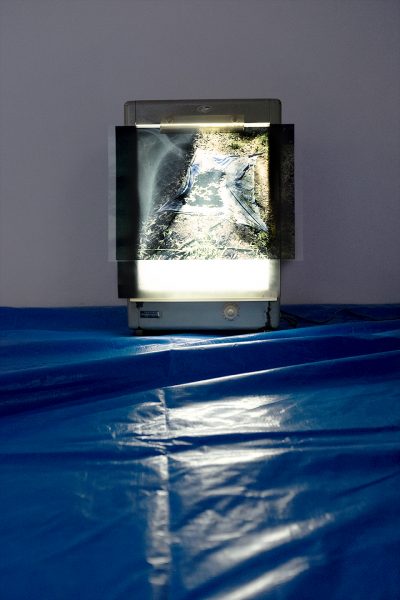 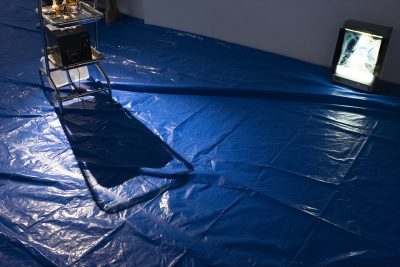 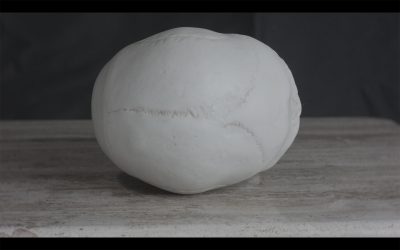